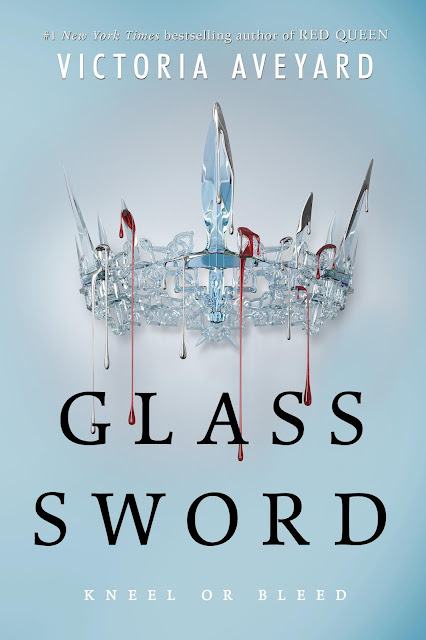 Glass Sword is a novel written by Victoria Aveyard. It is the second book in the “Red Queen” series. In the story, Mare was trying to gather all the “New Blood” to revenge Maven, who framed his brother and Mare into killing their father.

Different Opinions towards the revenge
The characters in the story all have different opinions towards the revenge.
Cal, the silver prince thought that:
– Mare was being a bit selfish when doing this, because lots of people, silver and red (especially silver) died in the revenge.
– Although Mare was trying to do something to make the silvers to treat the reds in a better way (like not forcing them into war, no more discrimination), she was actually doing the same thing without realizing it: asking the newbloods to fight even though some of them are not willing to (like Cameron Cole. She just escaped from the newbloods’ jail built by Maven and felt the taste of freedom. She did not want to be commanded by anyone else and refused to join the Newbloods’ army but was grabbed by Mare.) This was kind of like using the New bloods to do something that Mare herself wanted to do.
– Mare was seeing the newbloods’ lives more important than the reds without realizing it. While she fought for time to rescue the newbloods that were going to be killed by Maven, there were millions of red kids that were commanded by Maven to join the army and fought the other country (and will eventually die as they do not have any powers). If Mare did this, Newbloods and Reds, would not be equal anymore, just like a few years ago, when the silvers differed from the reds, they reinforced the difference between their status, which resulted in the situation now which the silvers ruled everything.

Mare’s parents:
– They thought that Mare would be in great danger to revenge and stopped her from going. However, they were born as reds, grew up and work in red societies and knew the difference of status between silvers and reds, therefore knew that the job of revenging and helping the reds to be equal with the silvers was very important. They compromised with Mare at last.

Plot
Mare was starting to gather the newbloods to revenge Maven. Lots of Newbloods were gathered and recued more newbloods. However at last, Mare and several volunteers were captured by Maven. Mare was taken to Archeon where Maven put a collar on her in front of a crowd of silvers.

The ending reminds me of the ending of the last book in the series “Red Queen”. Mare and Cal were also captured by Maven and were brought to be executed in front of lots of silvers. Mare and Cal seemed to be losers in every book. I think it implies that:
– It is very hard for people in a lower status, with no political rights and no one supporting them, to gain respect and to change the way they are treated by people. This was like the African Americans in Slavery in the early 1900’s. They were captured to a place where they have no rights and no one helping them. Even at last, their freedom were from the American abolitionists, the Civil War of the Americans.