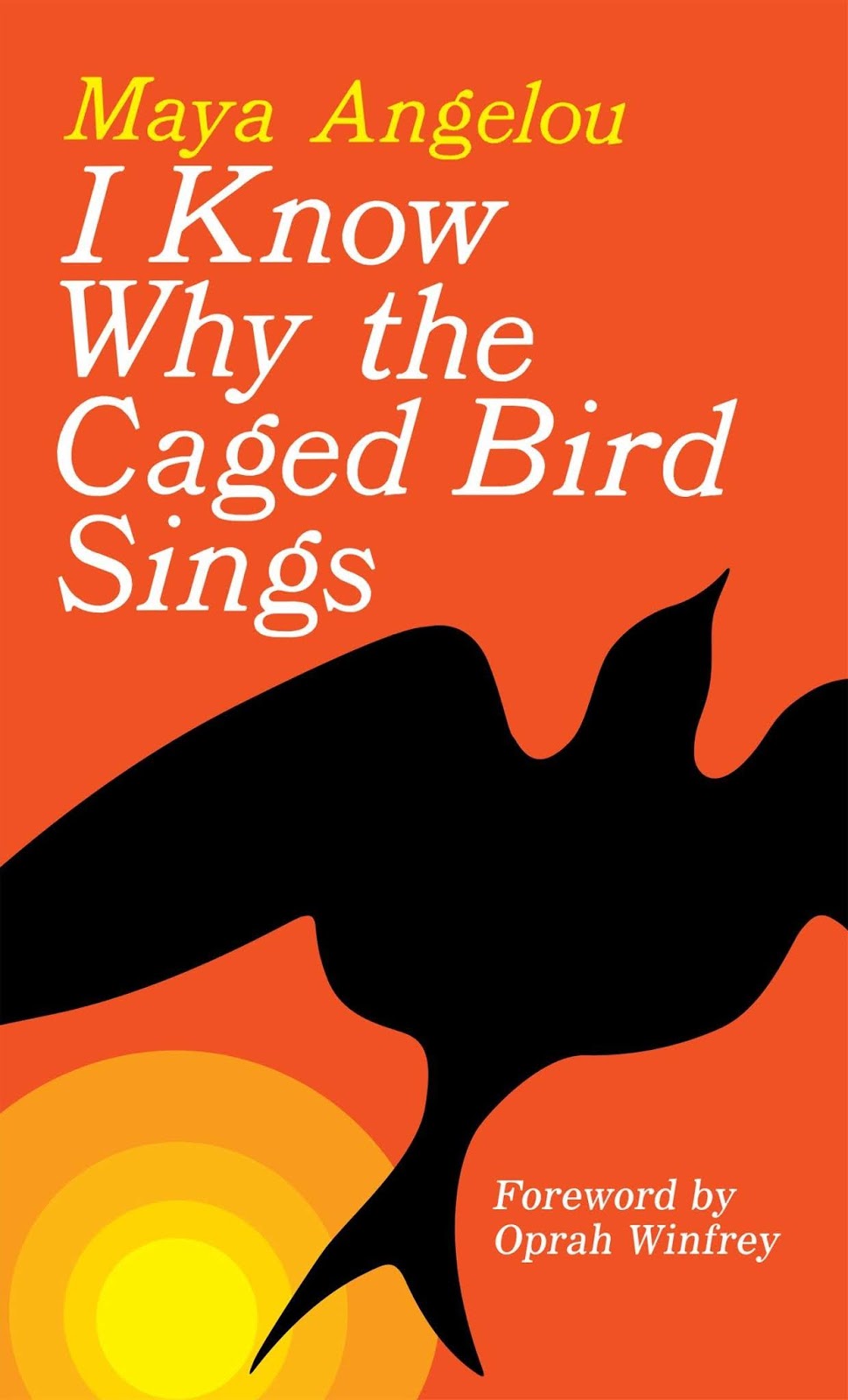 Para 1:
From whose Point of View is the novel written? Explain why this point of view is effective for this novel.

The novel is written in the 1st person narrator. The point of view is very effective for this novel. It builds up a connection between the writer and the readers, allowing the readers to have a good insight into the writer’s early life so that they could know what the writer has experienced and understand her thoughts as well as opinions towards things.

Para 2:
List Four Characters and explain their importance or significance to the novel as a whole.

1.Marguerite Annie Johnson
Marguerite was the main character in the novel. Born in Long Beach, California, she was shipped away by her dad to her grandmother. Marguerite was a girl with courage. Although her childhood was filled with sadness, she was optimistic and always follow her dreams with determination.

2.Bailey Johnson
Bailey was Marguerite’s elder brother. As he grew up together with Marguerite, they often share their thoughts and emotions together. He was the greatest person in the world to the young Marguerite. Bailey protected Marguerite from the unkind words and offered her mental support when she needed help.

3.Momma
Ms. Annie Henderson lived in the stamps. She raised Bailey and Marguerite up for most of their childhood. She was very realistic when facing racism, trying to be reasonable and calm so lives in her family would not be risked. She also cared a lot for the wellbeing of her grandchildren. She sacrificed a lot for her grandchildren so they could have a better life.

4.Vivian Baxter
Vivian is the mother of Marguerite and Bailey. She divorced with Big Bailey and live on her own. She was educated and quick with a joke. Marguerite was speechless when she saw her mum, astonished by her beauty, and Bailey immediately fell in love with her. Although Vivian did not visit her children in years, she still demonstrated a high degree of maternal intuition when Marguerite was raped by Vivian’s live-in boyfriend.

Para 3:
Main Conflict or Challenge in the novel for the protagonist (main character): As an autobiography, there are many conflicts in the story. There is the Man vs. Society conflict: The society Marguerite lived in was so segregated that when she was young, she did not even believe the existence of whites. As Marguerite grew up, she experienced more and more racism.
There is also Man vs. Man conflicts: Vivian’s boyfriend Mr. Freeman raped 8-year-old Marguerite, menacing her that if she screamed he would kill her. Dolores, Marguerite’s father’s girlfriend, became jealous of the relationship between Marguerite and her father. Out of her jealousy, she fought and cut Marguerite. Last but not least, there is the Man vs. Self conflict. Marguerite once thought herself ugly. She thought that her family’s good look was painful to her. She felt unwanted. She thought that the reason why she and Bailey were sent away was because that their mother was too pretty to have children. Marguerite also felt insecure and had no control over her life.

Para 4:
Climax of the novel (the main turning point): (Three to Four sentences)

The climax was when Marguerite was cut by her father’s girlfriend and ran away from her father. This is when she, for the first time, displayed her true act of self-reliance and independence after her feeling of inferiority for so long. She lived in the junkyard for a month and worked with people of different races, experiencing being accepted by people and a sense of belonging. Everyone in the junkyard was respected and was equal.

Para 5:
How the main conflict or challenge is resolved by the end of the novel:
From the junkyard, Marguerite changed a lot. She was being unquestioningly accepted by the rest of the community. She was benefited a lot after being separated by the rest of the society: she was influenced by the lack of criticism in the junkyard community, and became more tolerant for life. Her old insecurity was completely gone and she became more courageous when facing challenges (this was shown when she was determined to get a job on the streetcars, when only white people were accepted to work on the streetcars)

1.Racism
Marguerite was putting a lot of effort on self-acceptance and self-confidence throughout the whole book, but it was very difficult for her in an environment full of racism and segregation. When she was young, she was trying to understand why she was being inferior just because of her skin color. As she experienced more in the world, after being hurt when seeing Momma being treated disrespectfully by the white girls and the white schools got good facilities and equipment while the black school got nothing. All of these cause Marguerite to have racist attitudes towards the white. However, as Marguerite grew up and got more mature, more confident and had more control over her life, all these attitudes started to shed. The tolerant towards life was an important step in Marguerite’s life.

2.Words
When Marguerite was still young, she was often given unkind comments on her features. Every time her brother Bailey would come and protect her with words: “Oh, Mrs. Coleman, how is your son? I saw him the other day, and he looked sick enough to die.” Every time Bailey did this Marguerite would laugh. However, after Marguerite was raped by Mr. Freeman, who was murdered by Uncle Willie, she kept thinking with guilt that it was her words that killed Mr. Freeman. She thought that if she talked, evil would escape from her mouth. This results in her silence for almost one year. It was Mrs. Flowers, a kind neighbor who guided Marguerite and taught her to talk through poems and books. (I think this also taught Marguerite to be more confident, to believe in herself and reminded her that she should always have a voice. This also linked to the name of the book: I know why the caged bird sings.)

Para 7:
Name three literary devices the author used to help make this novel meaningful and interesting and explain how and where they are used in the novel and SPECIFICALLY WHY the use of this literary device enhances the meaning of the novel. Cite two specific examples from the novel where these literary devices are used. (include page numbers) Literary devices include: symbolism, foreshadowing, flashbacks, irony, diction, figurative language, creative/realistic imagery, satire, syntax, persuasive/rhetorical devices,

1.The Doll (Page 20, Chapter 5, symbolism)
The doll was a gift Vivian sent to Marguerite and it symbolizes abandonment. Marguerite and her brother had always cried, thinking themselves as unwanted children. Their parents had never come to visit them after sending them away to the Stamps to live with Momma. Marguerite was told that in California, where dad and mum lived, they could have all the oranges they could eat and the sun shone all the time. She did not understand. Before the gifts came, Marguerite convinced herself that her parents loved them a lot and the reason that they did not come was that her parents were dead. However, the doll was a painful reminder that her parents were not dad and that she and Bailey were unwanted, abandoned. “Bailey and I tore the insides out of the doll the day after Christmas.” This suggests that Marguerite and Bailey could not accept the truth that they were abandoned and wanted to destroy the evidence of abandonment.

2.Page 75, foreshadowing
When Dolores and Marguerite first met, both of them did not see themselves, and the things after did not get along so well: “The platform emptied as we walked by each other time after time. Finally she stopped me with a disbelieving “Marguerite?”. The attitude of Dolores and the awkward scene foreshadows the bigger falling out in the future: Dolores screamed and cut Marguerite out of jealousy of her relationship with Big Bailey.

Para 8:
Choose two quotes from the novel, write them down, AND the page number, and explain how these quotes are especially meaningful or significant to the novel’s themes or to the development of character. (At least 4 Sentences for each)

1.“All our learning was for nothing. Donleavy had shown us who we were. We were servants, farmers, and washer-women. Anything higher than we dreamed about was ridiculous. It was awful to be Negro and have no control over my life. It was terrible to be young and already trained to sit quietly and listen to charges brought against.”

This is the negative thoughts in Marguerite’s heart when she was listening to Mr. Donleavy the Graduation Ceremony. This was when she started to experience racism and inequality, things outside of the Black community. The Graduation Ceremony was supposed to be an exciting event and Marguerite has longed for it. However she realized the difference between the life of blacks and the life of whites and the difference between what she imagined growing up was like and what reality was like.

2.My mind shouted. I WOULD HAVE THE JOB. I WOULD BE A CONDUCTOR AND HANG A MONEY CHANGER FROM MY BELT. I WOULD.
This is what Marguerite told herself when she was applying for a job on the streetcars. The use of all capital letters for her inner thoughts shows her anger after seeing that the streetcar driver was a white woman and emphasizes her determination to get the job. This has a big difference from the first quote. It illustrates Marguerite as a confident woman rather than a girl who always saw herself inferior.

Para 9:
In 8-10 sentences, explain why you would or would not recommend this book to others: (Please spell the word recommend correctly. ) Be analytical and specific – Do not say: “because this book was exciting” or “because it was a good book”…) Mention how this book relates to your life…how has it inspired you…with what character do you most identify…strengths and weaknesses of the novel…etc. Use PROOF from the novel to back up your assertions.

I would recommend this book to others. Firstly, although the book was categorized as an autobiography, it was like a fiction book. Everything was described in a vivid way with lots of descriptions of the writer’s inner thoughts. In addition, the plot was very exciting (sorry I use this word) and I was so into the book that I finished it in 2 hours.

Secondly, the book was related to my life. Marguerite, the main character in the book, was at my age (just a few years older than me in the end). We were both young girls, yet we experience very different things. While I was in a school with friendly classmates and teachers who were willing to listen to everything I say, Marguerite was usually discriminated by the white girls who came to Momma’s store to buy things and studied in a school with a lack of facilities and equipment. There were many descriptions of inner thoughts in the book, therefore it was very easy to put myself into Marguerite’s shoes and imagine what I would do if I were her. This helps me to better understand what society was like in 1969 in the US.

Last month, an accident happened to a 60-year-old Singaporean Mr John Low when he was doing diving as a diving…

How the Plastic Industry Affects the Carbon Cycle

Plastic is a common material in our daily life. Furniture, cutlery, stationaries, everything is made out of plastic. Plastic became…