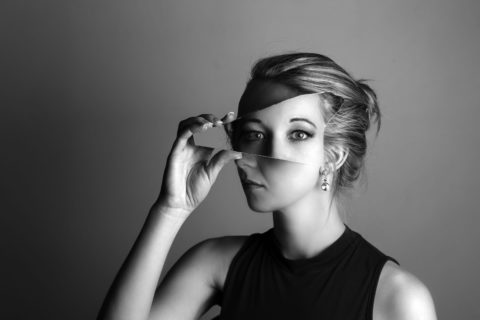 Recently, I was doing a Coursera course on statistics and social sciences. I read this article named “Self-Deceived Individuals Are Better at Deceiving Others” on Plos One and below is my analysis on it. (My first time doing an analysis on an essay!)

The article shows a possible relationship between self-deception and deception through testing it in the real world — an experiment had been carried out in two universities in London. Although there are proves and evidences that concludes to the conclusion that self-deceived individuals are better at deceiving others, in my opinion, there are still some other possible alternative explanations for the result.

Firstly, as students get a pound when they are doing the estimation as well as when they are doing the second one, they might have taken the first estimation seriously and did not took the second as seriously as the first one as they might not be as surprised as the first time anymore. Secondly, there might be a history effect that the authors didn’t mention. Something might have happened during one of the group meetings that result in students being less confident and eventually leads to a decrease in their level of deception. This has an direct effect on the final result. Thirdly, students could have misunderstood the purpose of the investigation. They might have thought that this study was to find out who can guess other students’ grade / mark the most accurately, therefore did more deception to the other students so they wouldn’t be able to guess the student’s grade / mark.

If I could investigate the authors’ hypothesis, I would choose to guard against these possible threats. Firstly, in order to maximize internal validity, we can use experimental research design to find out if the coin is the explanation by splitting the group randomly into two small groups. One group was given a 1 dollar for both estimations, and the other was given the dollar for the first time and two for the second time. By manipulating an independent variable, the amount of money given to the students, it is easy to find out if it really causes an impact on the students. I will use a questionnaire to collect results, as it will give the students the least amount of pressure. Secondly, replicated interrupted time-series design can be used to minimize the second effect. We can have two groups that go through all the process in the exactly same way. However, if there is a major difference in the final result, we can probably find out that a historical effect causing the difference. Thirdly, the double-blind research design the authors used is absolutely a good choice, since it will minimize the bias in the behaviors in both the experimenter and the students. However, it isn’t “blind” enough as the students still knew that the experiment was about people’s ability to evaluate themselves and their peers. There should be a cover story that perfectly explains everything while causing the least amount of bias. with these guards against the possible threats, the experiment results will be more accurate and less sloppy.

As a conclusion, there were a few other explanations that could explain the experiment, that could pose threats to internal validity. Better designs can be used to minimize these threats. In this way, the experiment and the result could be done in a more accurate way and avoid being sloppy science.

Structure in Heart of Darkness

Structure in Heart of Darkness