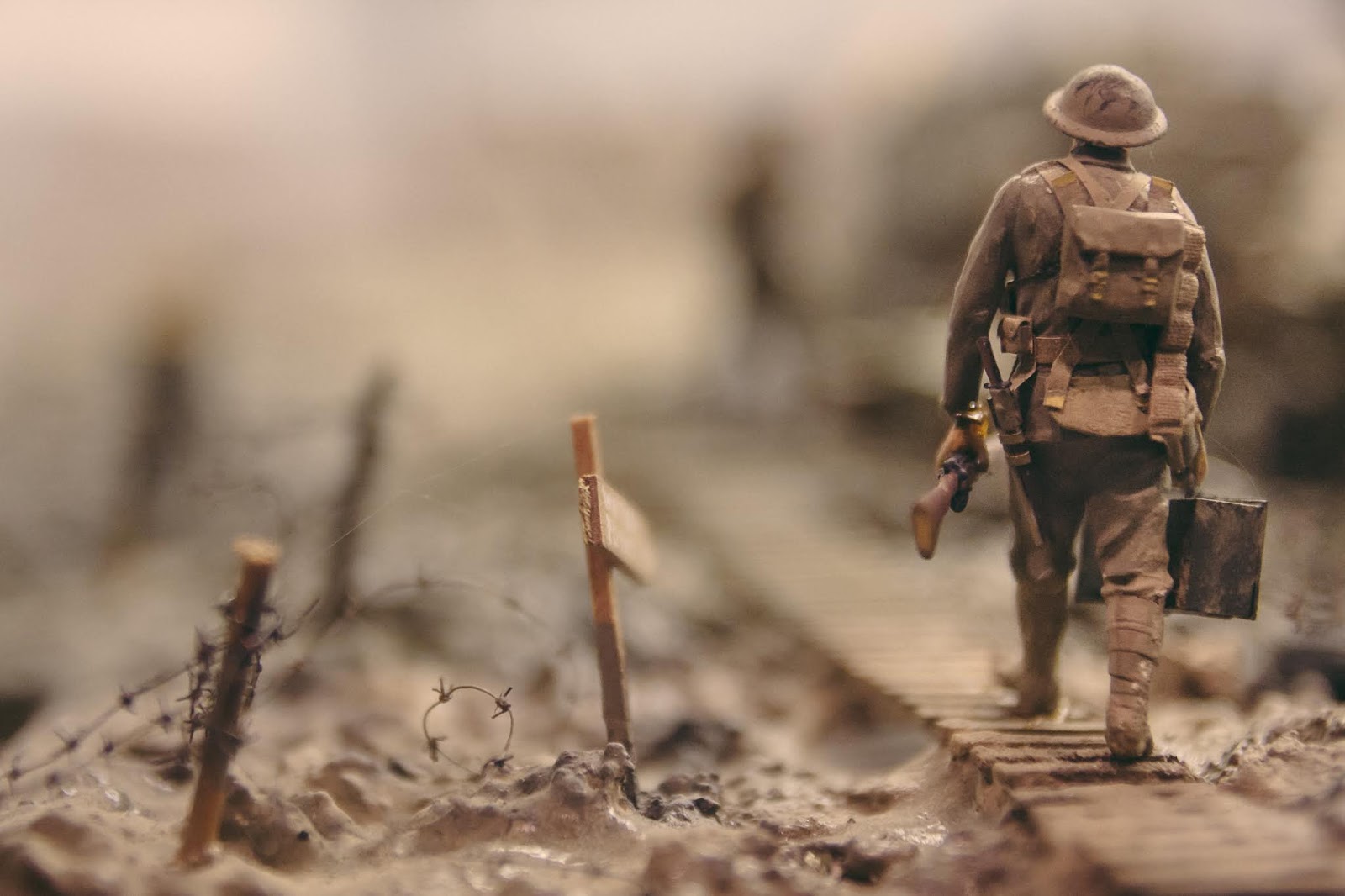 In his dark room he is finally alone
with spools of suffering set out in ordered rows.
The only light is red and softly glows,
as though this were a church and he
a priest preparing to intone a Mass.
Belfast. Beirut. Phnom Penh. All flesh is grass.

He has a job to do. Solutions slop in trays
beneath his hands, which did not tremble then
though seem to now. Rural England. Home again
to ordinary pain which simple weather can dispel,
to fields which don’t explode beneath the feet
of running children in a nightmare heat.

Something is happening. A stranger’s features
faintly start to twist before his eyes,
a half-formed ghost. He remembers the cries
of this man’s wife, how he sought approval
without words to do what someone must
and how the blood stained into foreign dust.

A hundred agonies in black and white
from which his editor will pick out five or six
for Sunday’s supplement. The reader’s eyeballs prick
with tears between the bath and pre-lunch beers.
From the aeroplane he stares impassively at where
he earns his living and they do not care.

In War Photographer by Carol Anne Duffy, the poet portrays the contrast between England and places with wars, the photographer’s impression of war and the urge of the photographer trying to show the scenes with the world.

Firstly, the poet portrays the darkroom with a sense of regularity to contrast with places with wars. This is reflected in the use of form where the poet has chosen to use 4 regular sestets, showing the sense of regularity. Furthermore, the rhyme scheme remains the same as “abbcdd”, for example, “alone, rows, glows, he, mass, grass”, throughout all the 4 stanzas. The stanzas and the consistent rhyme scheme underpin the regularity of the darkroom. The environment in Rural England is a distinct contrast to the chaos and disorder in the places torn apart by war.

Secondly, the poet implies that the war has left strong impressions in the war photographer’s heart. This is shown through the use of a double entendre: “A stranger’s features faintly start to twist before his eyes”. From the setting of the story, this is a description of the process of an image showing when it is being soaked in solutions. However, another explanation for the description is that the photographer started to slowly recall what he has seen when taking the photo and dangerousness of war. In addition, the poet wrote that the photographer “did not tremble” in the places with wars going on “then though seem to now”. Cases like this are usually due to extreme fear that human brains are unable to react to. This further implies the brutality of war.

Thirdly, the poet demonstrates the impendency and the urge of the photographer. This is indicated by the way the photographer seeks for permission in Stanza Three. “he sought approval without words”. The photographer did not even talk to the man or his wife before taking the photo. This could be that he could not stand the brutality of the war anymore, and strongly wanted to show it to the rest of the world, urgently wished to provide a way to ease the effect of wars. Additionally, the word “must” is emphasized in line 5 of the same stanza as it is the last word in the line. It stresses the importance of taking these photos, demonstrating the impendency of the photographer, indirectly showing the brutality of war.