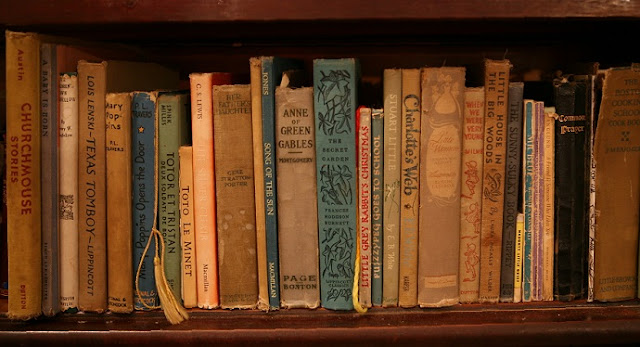 Alliteration
This is where the first letter of a word is repeated in words that follow. For example, the cold, crisp, crust of clean, clear ice.

Assonance
This is where the same vowel sound is repeated but the consonants are different. For example, he passed her a sharp, dark glance, she shot a cool, foolish look across the room.

Colloquial language
This is language used in speech with an informal meaning. For example, chill, out of this world, take a rain check

Dialect
This is a version of a language spoken by people in a particular geographical area.

Dialogue
This is a conversation between two people – sometimes an imagined conversation between the narrator and the reader. Dialogue is important in drama and can show conflict through a series of statements and challenges, or intimacy where characters mirror the content and style of each other’s speech. It can also be found in the conversational style of a poem.

Dissonance
This is discordant combinations of sounds. For example, the clash, spew and slow pang of grinding waves against the quay.

Enjambment
This is device used in poetry where a sentence continues beyond the end of the line or verse. This technique is often used to maintain a sense of continuation from one stanza to another.

Hyperbole
This is exaggerating for a purpose – it is not meant to be taken literally. For example, we gorged on the banquet of beans on toast.

Imagery
This is where strong pictures or ideas are created in the mind of the reader. Similes, metaphors and personification can all be used to achieve this – they all compare something ‘real’ with something ‘imagined’.

Irony
This is where words or ideas are used humorously or sarcastically, to imply the opposite of what they mean.

Metaphor
This is where a word or phrase is used to imply figurative resemblance, not a literal or ‘actual’ one. For example, he flew into the room.

Monologue
An uninterrupted monologue can show a character’s importance or state of mind. Monologue can be in speech form, delivered in front of other characters and having great thematic importance, or as a soliloquy where we see the character laying bare their soul and thinking aloud.

Onomatopoeia
A tap dripping, with the word ‘drip’ inscribed on the drop of water This is a word that sounds like the noise it is describing. For example, splash, bang, pop, hiss.

Oxymoron
This is where two words normally not associated are brought together. For example, cold heat, bitter sweet.

Pathos
This is language that evokes feelings of pity or sorrow.

Personification
This is where a human quality is attributed to a thing or idea. For example, the moon calls me to her darkened world.

Repetition
This is where a word or phrase is repeated to achieve a particular effect.

Rhyme
Poems often have a fixed rhyme scheme. For example, sonnets have 14 lines with the fixed rhyme scheme ABAB CDCD EFEF GG. Try to comment on what contribution the rhyme scheme is making to the text as a whole. Why do you think the poet has chosen it? Does it add control or perhaps imitate the ideas in the poem in some way?

Rhythm
Many poems contain a repetitive beat or metre. Tennyson’s poem The Lady of Shalott uses a strong internal rhythm to build up the sense of unrelenting monotony in the poem.

There she weaves by night and day/A magic web with colours gay./She has heard a whisper say,/A curse is on her if she stay/To look down to Camelot./She knows not what the curse may be,/And so she weaveth steadily,/And little other care hath she,/The Lady of Shalott.”

Simile
This is where a phrase establishes similarity between two things. Similes usually involve the words ‘like’ or ‘as’- he is as quick as an arrow in flight, as white as snow, like a burning star.

Symbolism
Objects, colours, sounds and places may work as symbols. They can sometimes give us an insight into the themes. So, snakes are often symbols of temptation as in the story of Adam and Eve, white usually symbolises innocence and a ringing bell can be a symbol for impending doom.

Tone
Tone is the creation of mood in a text, such as sadness, gloom, celebration, joy, anxiety, dissatisfaction, regret or anger. Different elements of writing can help to create these moods. For example, long sentences or verses, with assonance, tend to create a sad, melancholic mood. But short syllabic, alliterative lines can create an upbeat and pacy atmosphere.

Word choice
This can also be referred to as ‘register’. It refers to an author’s choice of language. Authors may use words commonly associated with a certain subject, experience or state of mind.